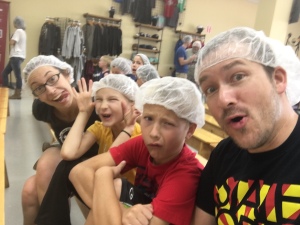 “And it feels like all you have to do is step outside,

Stop pacing around and waiting for some moment that won’t never arrive.

But you’re never gonna’ find it, like when you were young.

And everybody used to call you lucky.”

If I go back and scan the hard drive on the computer on which I do my writing, the record of the last five months is like a train wreck – horrible missives filled with morbid thoughts, sadness, and a virtual record of somebody clawing for something, anything, that felt like life.

How did I get there?

Because as I sit here tonight, the person that wrote those things isn’t so far gone that I can’t relate, but the demise to that place is certainly … not a mystery … not a warning sign … but something, something I can’t put my finger on.

But I do know this: I found my breaking point.

We have all a place where we snap – or get damn close to it.

If I didn’t snap, I certainly straddled the line.

In retrospect, it should’ve been more clear: the racing heart every time I tried to put myself to sleep sober; the complete disinterest in anything outside the mission – school projects, work projects and, when I had time, the always fickle health of my son (will tonight be the seizure night, will this migraine be the one that triggers something worse?)

I couldn’t get outside that. And then school ended, and it all changed.

Maybe the first awakening came last night, when standing in the living room, as the kids settled down and got ready for bed, I said to Heidi, “I listened to a half inning of the Diamondbacks / Yankees game and I realized – I like that – and I realize, I can go outside, and drink a beer, and be happy.”

But enough about that.

Before we go further, how about a delve into what it was like?

The worst anxiety attack was not the first – nor was it the last – but it was certainly the one that put me on notice.

There I was, sitting in my son’s junior high school auditorium, when the signature trigger – a sensation I can only describe as a dropping of the heart – hit like a rock.

Physically the world around me started to sway.

I turned to a friend to the right, another parent there to watch her kid pick up an accomplishment: “Julie, I’m not feeling well. I need to walk.”

She stood. We walked.

We paced halls. Back and forth.

I asked for water. I drank. My steps became heavier.

The outdoor hallways we paced seemed longer; each step more of struggle.

I could feel myself rocking, swaying; the attempts at control more filled with effort.

By the time we ended up at the school nurse’s office, walking was a challenge.

By the time I laid down on the nurse’s bench, I couldn’t lift my arm without a struggle.

The paramedics were called.

I could talk, yes. But lift a limb? Nope.

EKGs and glucose and blood pressure … You need to go to the hospital.

On the stretcher we go; sunlight in my eyes. There’s the end-of-school bell – parents and kids everywhere – and the flashing lights of an emergency.

And where is my son?

Somewhere nearby, watching his dad get hauled away.

In the hospital, they pumped me full of saline and asked about my mental health: how much do I drink, am I filled with an unending sense of dread, do I ever think of harming myself?

Convinced of my sanity, they encouraged me to embrace ways to cope.

Convinced they believed me, I told them of the stupid level of responsibilities I had placed upon myself: a double course load in an intense Masters program, work, kids, an executive position of a nonprofit undergoing significant change.

I promised them the stress was about to take a major downturn; that this would be a turning point- school was almost over. The attending nurse shared anecdotes of her own experiences.

I spared them the story – when the same thing almost happened on a train to Phoenix in March.

I didn’t know yet about the anxiety attacks, almost as severe, that would happen in the days that followed – at work, at the home of a son’s friend.

I didn’t know that I would hide them from my family – as best I could. (My daughter wasn’t tricked. Nor my wife, I suspect.)

In between this line and the previous, I stood up and walked away from the back patio perch from where I write.

I grabbed a handful of Pringle’s Original, jammed them into my mouth and while I chewed, realized – for the first time in five or six months: this would get published.

And I know why.

Everything else I tried to say before felt forced. It wasn’t true.

It was contrived; crafted to explain nicely why I was the mess I was.

Now, I think, I can embrace that mess.

In the days that have followed those episodes, as the semester finished, the pressures slowly diminished.

And it’s also allowed me to simply take care of myself – I’ve biked, run, swam or trained some 16 days in a row. Exercise … it’s magic.

The anxiety is at bay; easily put aside by the end of a chapter and a change in lifestyle.

But I suspect this isn’t the end.

We are all on the verge.

And where you and I intersect, only you know clearly.

But I urge you: keep an eye on what you have promised.

Keep an eye on the burden you have committed to bear.

Know your shoulders are only so strong.

And when the supports snap – they snap with severity.

Rebuilding, it turns out, is burdened by cost and time.

And who’s to say these renovated beams have half the strength of the originals?

I’d like to think they do; that these beams are stronger.

It certainly feels that way now – time and relaxation and sanity in place.

The pace more steady: a focus on family … And on me.

But school will start again; stress will happen.

And change is certain – that disruptive force that challenges the steady hand we aim to play.

This time, I’ll be more prepared. More ready to acknowledge what I’ve learned. That this, too, shall pass.

And in the end, we’ll be where we started (or someplace close), whether we like it or not.

Best to breath deep, and accept it.

Or not; and suffer the consequences.