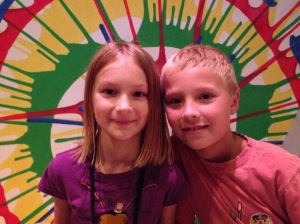 “And how my dreams they spin me ’round.

And how my dreams they let me down.

And how my thoughts they spin me ’round.

And how my thoughts they let me down.

I’ve waited so long to write, absorbed so much of … it all … that sometimes it seemed as if I could never write again.

So I waited and waited to understand, to process, to somehow “get it.”

But I’m not getting it.

I’m swimming in a sea of highly intelligent people disagreeing about where we’re going. I’m watching a world disagree about basic facts.

I’m watching a world where if you’re not one or the other, you get berated. Grayscale, be damned.

I’m living with a family that just wants to live – to go to school, to go to work, to come home and make dinner and fall into the safety of each other – without being beat into oblivion about the fact that it also wants all people to be treated equally.

Somehow, regardless of our political bent – blame the media, if you like – this makes us feel like an oddity among comrades these days. So we keep quiet.

Goddamn it, the wrong response.

My house is alight in Christmas cheer.

Christmas tree in front of me, as I sit in the dining room, Christmas tree behind me, right where you’d come in the front door – a symbol of the spirit we try to embrace. This season, we make an effort to come together. To recognize our blessings, to remind Heidi, Beckett, Brody and I: we have each other.

But this season, I don’t know.

Since I was old enough to read, I read the paper. First the Newark Star-Ledger, delivered daily to our house. Now, the New York Times, Wall Street Journal, Fox News, CNN, Slate, Breitbart, Drudge. I read them all, searching for a kernel of truth. Digital, yo.

I used to say: sports scores, the weather, the stock market numbers – these you can trust. All the rest is opinion. It feels that way now.

No one agrees on anything.

There’s no source of honesty.

Where are we to turn?

My house’s heater is broken. It turns on and off, on and off.

It needs to be fixed.

Tomorrow, someone will come to fix it, at a cost of $1,600; and we’ll write a check. Right in the heart of the holiday.

Poor timing, but we’ll be alright.

I’ve given the last decade plus to those who can’t; for whom one simple bad break can make or destroy them.

I’ve been a big believer in the safety net. That somehow society should pick you up.

But we’re moving away from that.

It’s a “fend for yourself” world out there; a place where all of a sudden it’s okay to belittle the person who’s not like you.

We talk about White, Black, Muslim, Jew as if we’re all different.

Have you people interacted with others?

Have you not realized that a) If all 2 billion Muslims were all terrorists – hell, if 0.001 percent of them were – we’d all be dead (pretty simple math) and b) most of us – regardless of our background – are just trying to live the life I referenced earlier: work, come home, raise our kids, go to sleep in peace.

What happened to common sense? Where did the basic understanding of math go wrong?

Why are the airwaves so filled with anger?

So, I move forward from this.

Every waking second, really. Hoping you’ll get it. Really get it.

99.99 percent of us want the same thing: safety, respect and a little bit of dignity.

This ain’t dipshit O’ Reilly claiming the left “wants power taken away from the white establishment.”

Because, really, what is “the left?”

Does “the left” meaning caring enough about people getting paid a wage decent enough to put food on the table, or your neighbors being treated kindly, or your kids getting access to basic medical care? I thought we all wanted that.

Why is that left, or right, or any label? How does that divide us?

We leverage our wealth and our common goodwill – or at least we used to – to give all of us a fighting chance.

I’ve been down the road of despair.

It turns out, the best way back home is via a highway paved by people who care; not by those enamored with our differences.